Hyperoxia [r]: An increased partial pressure of oxygen in the blood. [e]

This article contains just a definition and optionally other subpages (such as a list of related articles), but no metadata. Create the metadata page if you want to expand this into a full article. 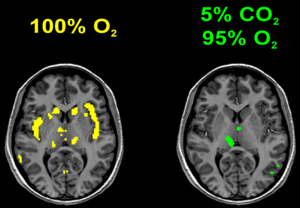 (CC) Image: Macey et al., 2007
Functional magnetic resonance imaging of the human brain during gas challenges. Instead of normal air, the participants inhaled either pure oxygen (hyperoxia condition), or 95% oxygen and 5% carbon dioxide (hypercapnic hyperoxia). Yellow (hyperoxia) and green (hypercapnic hyperoxia) overlays of regions of significant signal response in 14 children at any of five time successive periods during the challenges. Multiple brain regions responded to hyperoxia, but the addition of 5% O2 by CO2 greatly reduced most responses. 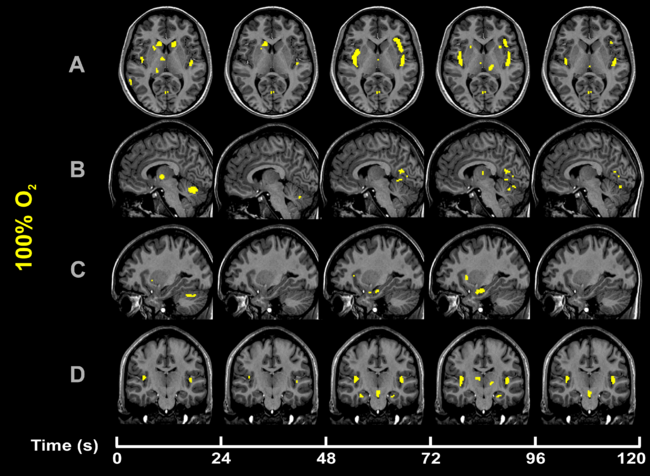 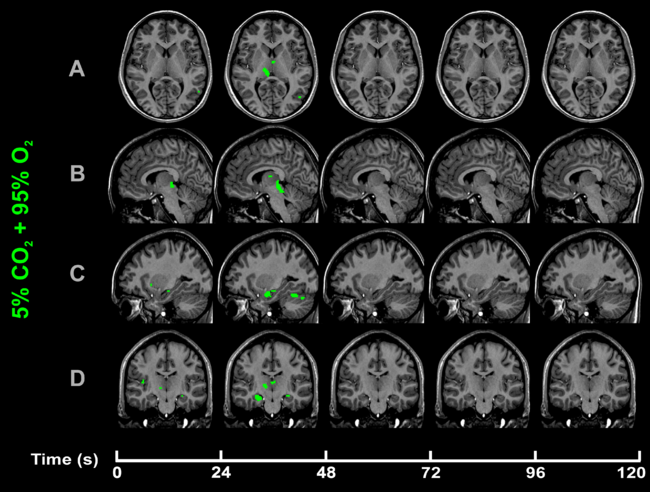 (CC) Image: Macey et al., 2007
The brain response to hypercapnic hyperoxia over time, showing attenuation of the responses with respect to the hyperoxic condition.
Retrieved from "https://en.citizendium.org/wiki?title=Hyperoxia&oldid=100675780"
Categories: