George W. Perkins (1862-1920) was one of the most successful organizers and modernizers of the Progressive Era in the United States. Starting as an office boy he became a leading executive in insurance, steel and banking, always on the alert for new and better ways to do business. He was a top aide to financier J. P. Morgan, and handled complex issues involving U.S. Steel, International Harvester, and other large corporations and insurance companies. He dropped his business connections when Theodore Roosevelt selected him as chairman and chief operating officer of the Progressive Party, but his ties to big business alarmed the radical wing of the party. He was instrumental in dropping the anti-trust plank from the Progressive platform. After 1913 he focused on New York City politics, while continuing as Progressive National Chairman. In 1916 he campaigned for Charles Evan Hughes and the GOP. 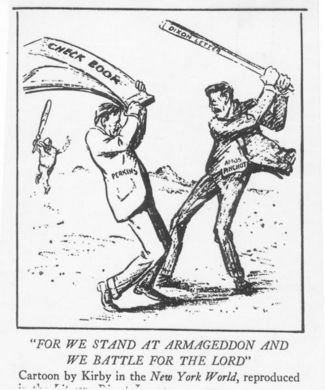