Fractionation Research Inc. (FRI) is a non-profit industrial research consortium that investigates the performance of the mass transfer devices, such as trays and packings, used in industrial-scale distillation columns. It was formed to pursue research that was too expensive for any one company and its objective is to provide information for use in designing more economical distillation and absorption systems.[1]

FRI is supported by memberships which include many of the world's largest petroleum refining, petrochemical, and engineering-construction companies.[2]

FRI moved from its original location in Alhambra, California to its current location at the Oklahoma State University (OSU) in Stillwater, Oklahoma in 1991.

FRI was formed by petroleum refining, petrochemical and engineering-construction companies to perform large-scale research in distillation. It was founded in 1952, promoted by Karl Hachmuth and T. B. Hudson of Phillips Petroleum Company in Bartlesville, Oklahoma. Hachmuth was a well-known researcher of the performance of distillation equipment. He realized that such research was beyond the resources of any single company, and proposed that a cooperative distillation research organization be formed. Hudson became the first president of FRI.[3] [4]

In 1954, FRI contracted to use facilities available at the headquarters of C. F. Braun & Co., a large and respected engineering-construction company in Alhambra, California. The first industrial-scale distillation tower, equipped for use as a research system, had a diameter of 4 feet (2.22 metre) and was constructed and began operation in that same year. By 1963, an extension to that research tower with a diameter of 8 feet (2.44 metre) had been added along with another tower with a diameter of 4 feet (2.22 metre) that was constructed for high-pressure operation.[3][4]

Operations continued at Alhambra until 1989, when the C.F. Braun company was acquired by another engineering-construction company (Halliburton, Inc.).[5] FRI subsequently moved its facilities to Oklahoma State University and began operations there in 1991.[3][4]

FRI was initially envisioned as a corporation with a limited life unless extended by the membership. The first operation was considered to be a 5-year research program. Since then, FRI's life has been extended, in increments of 3 or 5 years, because the members continued to see important research projects of interest.[3] As of 2011, the FRI is in its 14th extension (2009 − 2011). 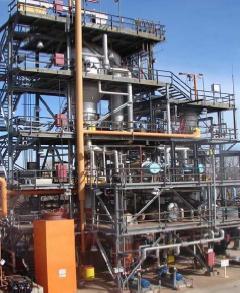 The devices that have been investigated and tested by the FRI include:[6]

Other areas of study include foaming and entrainment problems.

The OSU library maintains an unrestricted collection of FRI progress reports, plant tests, topical reports, consultants’ reports and annual reports that were issued during the period 1954 − 1970.[7]

Initially, fifteen companies signed agreements with FRI and grew to 37 by the first stockholder meeting in November 1952. Membership continued to grow to a peak of 94 companies in 1995. Membership declined thereafter to 67 in 2008, primarily due to mergers.[4] At first, nearly all FRI members were companies in the United States. However, by the end of 2009, a majority of the members were based in countries other than the United States.

A complete list of the current 70 member companies, 24 of which are based in the United States, is available online.[8] 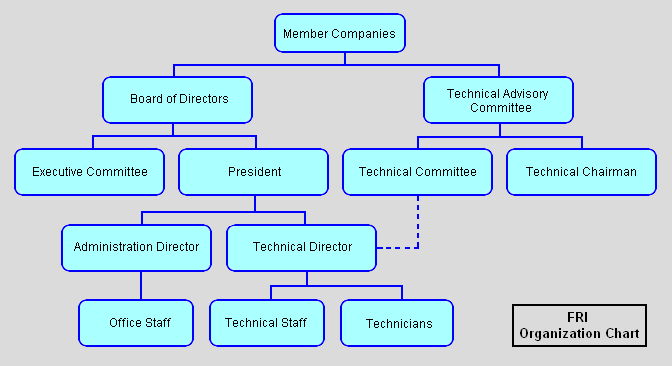