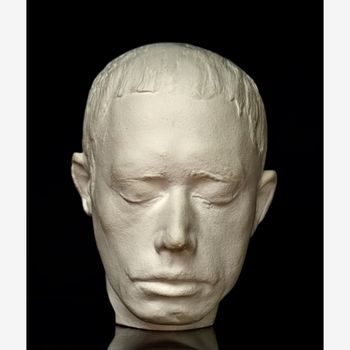 In 1815, the Edinburgh Review published an attack on phrenology by the anatomist John Gordon, calling it a "mixture of gross errors and extravagant absurdities".[1]. In response, Spurzheim came to Edinburgh to take part in public debates and to perform brain dissections. George Combe, a lawyer, who had previously been sceptical, became persuaded of the truth of phrenology after seeing Spurzheim perform a dissection. [2] In 1820, at the suggestion of an the Evangelical minister, David Welsh, [3] George Combe and his brother Andrew, a physician, founded The Edinburgh Phrenological Society. It was the first of more than forty phrenological societies to be founded in the UK. Many of its early members were lawyers or physicians with an interest in social reform, and included the publisher Robert Chambers, the astronomer John Pringle Nichol, the botanist Hewett Cottrell Watson and the asylum reformer William A.F. Browne. 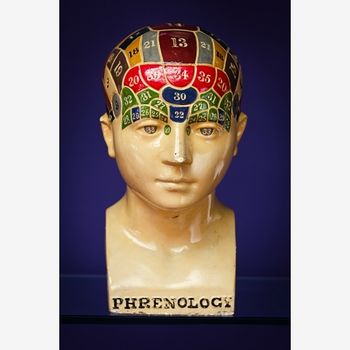 The society grew rapidly, thriving on debate with opponents of phrenology like Sir William Hamilton (the philosopher), Francis Jeffrey (the editor of the Edinburgh Review), and Alexander Monro tertius (then Professor of Anatomy at the University of Edinburgh). In 1823, Andrew Combe addressed the Royal Medical Society in a debate, arguing that phrenology explained the intellectual and moral abilities of mankind [4], but the Royal Medical Society refused to publish the debate. This prompted the Phrenological Society to establish its own journal in 1824, Phrenological Journal and Miscellany, later re-named Phrenological Journal and Magazine of Moral Science.[5]

In the mid-1820s, the Christian phrenologists, led by David Welsh, were upset by Combe's phrenological manifesto The Constitution of Man which they saw as an attempt to undermine the revealed morality of the Bible. When Combe and his supporters passed a motion banning the discussion of theology in the society, the evangelical members, including David Welsh, left. On 27th March 1827, William A.F. Browne advanced phrenological theories concerning the human mind in terms of Lamarkian evolution of the brain in a style destined to attract the opposition of almost all the members of the Plinian Society - and Charles Darwin, then a student at the University of Edinburgh, observed the ensuing outrage.

In 1832, William Ramsay Henderson left a large bequest to the Society that enabled them to publish an affordable version of The Constitution of Man, which became one of the best selling books of the 19th century. [6]

Interest in phrenology in Edinburgh declined in the 1830s, and the last recorded meeting of the society took place in 1870. In 1924, Sir James Crichton-Browne delivered the Ramsay Henderson Bequest Lecture entitled "The Story of the Brain" in which he recorded a generous appreciation of the role of the Edinburgh phrenologists in the later development of neurology.[7] The society acquired many phrenological artefacts, including marked porcelain heads indicating the placement of phrenological organs, and head casts of individuals with extreme characteristics, and much of this collection survives today in the Anatomical Museum of the Univerity of Edinburgh.