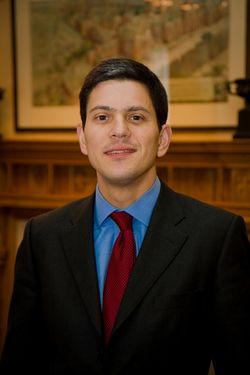 David Miliband (born 15th July 1965) is a former UK politician who served as Foreign Secretary from 2007 until 2010. He was a frontrunner in the Labour Party leadership contest until being narrowly defeated by his younger brother Ed Miliband. In 2006-2007, he was Secretary of State for Environment, Food and Rural Affairs. He was the Member of Parliament for South Shields from 2001 to 2013, when he left Parliament to take up the presidency of the International Rescue Committee, a humanitarian aid and development organisation.[1]