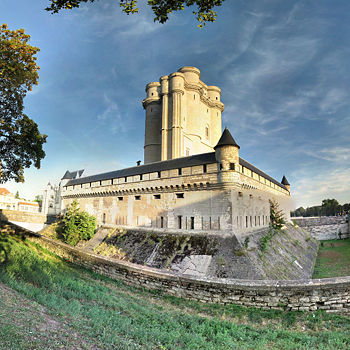 (CC) Photo: Etienne Cazin
The donjon and moat at the Chateau de Vincennes

The Chateau de Vincennes is a medieval castle built by the Kings of France as a defense element of Paris, capital of their kingdom.

Located in the eastern side of Paris, Vincennes is complementary of the Chateau du Louvre, another medieval castle, once in the western side (and to-day in the center of the town).