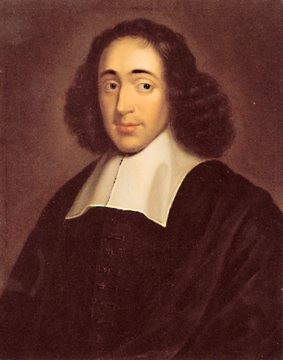 Baruch Spinoza (Amsterdam, November 24, 1632 – The Hague, February 21, 1677) was a Dutch philosopher with Portuguese-Jewish roots. See the article Philosophy of Spinoza for a description of his ideas.