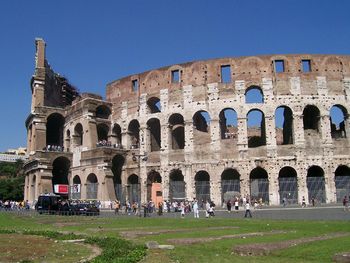 (PD) Photo: Central Intelligence Agency
The iconic Colosseum was founded by the Emperor Vespasian in the 1st century A.D. 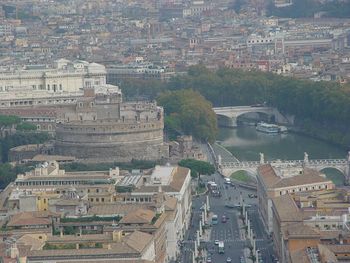 (PD) Photo: Central Intelligence Agency
Castel Sant'Angelo, next to the River Tiber in Rome, was built as a mausoleum for the Emperor Hadrian and converted into a fortification in the Middle Ages.

Rome developed from a small trading post and agricultural village into one of the most powerful empires of the ancient world. Long considered the center of the civilized world, ancient Rome is often looked on even today as the birthplace of Western civilization. Over the course of its long history, ancient Rome's government shifted from monarchy to republic and finally to autocracy.

The Roman Republic spanned five centuries and formed the basis for much of our modern political thought. The principle that power could not be invested in one person was re-enforced over the years with the establishment of many differing magistracies, though the two Consuls held nominal power of the state. As time went on, positions such as the Tribunate were introduced in order to provide representation for the Plebians. The exception to this principle was the office of Dictator. Dictators were given emergency powers by the Senate during times of Crisis. These powers lasted for a duration of 6 months and could be extended.