Thanks for including the chart on the child abuse page. It looks more professional now. Mike Mayors (Talk) 17:06, 8 June 2007 (CDT)

What a co-incidence! I'm here to say the same thing. Could you look around for similar stuff from other countries? Nancy Sculerati 17:08, 8 June 2007 (CDT)

Yup, that is I. Glad to see someone about to do some SF stuff. "Brave New World" is one of those curious cases of books that are obviously SF but because they are written by "serious" writers are sometimes not considered to be *real* SF. By the way, lots of SF fans (and, I suppose, some SF writers) *hate* the term sci-fi, don't ask me why. They have a reason, supposedly, but I forget what it is. Personally I don't give a hoot. I myself never use it, mostly because SF (or S.F. or sf or s.f.) is shorter. Cheers! Hayford Peirce 19:39, 9 June 2007 (CDT)

Hi - saw your edit summary on Martini and I agree - have suggested on the new workgroups request page that an Alcohol group be set up. Regards, Anton Sweeney 18:49, 14 June 2007 (CDT)

I'm not sure what the differences are, but obviously creative commons felt there was a need to revise something.--Robert W King 09:12, 18 June 2007 (CDT)

Sure. Robert.William.King (the symbol above the '2' key) gmail dot com

You posted on my personal page that you are interested in publishing about abortion, and asked if I am interested in supporting that. My answer is YES ! I saw you published on the Kentucky and Virginia Resolutions, and loved what you started there. In my opinion one major argument against such false personal freedoms is that past lovers of freedom spent so much effort on providing freedom to the yet unborn. In fact if you read Luke 1:54-55, (Mary's song upon learning she will be the unwed mother of the Messiah), you discover His purpose was partly mercy to the unborn future generations. I've published about that on my blog, as you may have seen. PS, you can call me Tim. How should I address you? DefendOthers.blogspot.com--Tim McCully 20:11, 23 June 2007 (CDT)

the anti-abortion policy is not Biblical. It comes out of Roman Catholic tradition (mostly 19th century), and was adopted by some Protestants after 1970. Richard Jensen 20:54, 23 June 2007 (CDT)
Anti-abortion law begins with Exodus 21:22, the oldest reference to the Mosaic law principle "an eye for an eye, a life for a life". That oldest reference is part of Exodus 21-24, which is God's explanation of how the Ten Commandments (Exodus 20) are to be applied because He is the only God, and He stands for truly equal justice toward all human life. In Exo 21:22 God is giving the principle applied to how an unborn human being may be injured by accident, and the principle applied to a man who caused injury to the mother of the unborn person. Actual anti-abortion law is merely application of equal justice toward unborn human beings. The fact that abortion normally involves the consent of the mother would not mitigate the guilt of the abortionist.

Another far older reference to anti-abortion policy would have to include the Hippocratic Oath, believed to date from about 400 BC according the Wikipedia page about it. That oath is the physicians oath which among other things forbade prescribing an abortive medicine.--Tim McCully 11:53, 30 June 2007 (CDT)

"It was founded in 1940 by American industrialists Dick and Mac McDonald". You made it sound as if these big-time industrialists founded this corp. in 1940, just the way it is today. It was just two brothers, not industrialists at all, running a single hamburger stand in the middle of nowhere. Ray Krock sold them some ice-cream blenders, liked their idea, took it over, and began to expand in the mid-1950s. At least when they used to use beef fat to cook their fries in, the fries were OK. Now everything is awful. It would be like sending a Panda Express to Beijing and calling it a Chinese restaurant. Hayford Peirce 10:26, 24 June 2007 (CDT)

Hi, Can you please explain to me on what grounds you feel the article I wrote should be deleted? There seems to be no doubt in your mind. I would like to understand your reasoning. If I have broken any rules, I would like to know what I did. If I agree with you I will delete or edit it myself. Thanks. Gary Giamboi

Ok. I didn't realize this. Is it possible to save an article to the sandbox? if so, can you tell me how to do this? I just hit "save article" from the sandbox so I thought that was all there was to it. Thanks.Gary Giamboi

I was braggin' about you

I hate to bother you

A comment here was deleted by The Constabulary on grounds of making complaints about fellow Citizens. If you have a complaint about the behavior of another Citizen, e-mail constables@citizendium.org. It is contrary to Citizendium policy to air your complaints on the wiki. See also CZ:Professionalism.

Text here was removed by the Constabulary on grounds of civility. (The author may replace this template with an edited version of the original remarks.)

I've never had it, as it has been illegal for most of my life, until just recently. It tastes, I believe, like Pernod. There's a lot of info about it here:

I noticed that you have edited the page which I began, Port Arthur massacre. This is my first article on Citizendium, and I would like to know how it can be improved to the level where it can be accepted as complete. Please can you review it and let me know your thoughts on what needs to be changed, or to make the changes yourself.

Thank you for commenting. I do not believe that it is remotely relevant to a military workshop, as a murder is very different to a military campaign. It can possibly be described as terrorism, however, although that is very much debatable. It should probably be described as a controversial legal decision, however, one of the most controversial in Australian history. The other 3 that I plan to write also fit in to this scenario: Azaria Chamberlain, Backpacker murders, Peter Falconio. 2 of these have no body, the other one was described as being the work of an organised crime gang, while the Port Arthur massacre was perhaps the most advanced set of murders in world history, that was said to have been committed by a person with major intellectual disability. I do not know if there is such a category to describe such things. Whilst these 4 are all murders/missing persons (Backpacker murders is officially described as a serial killing), such a category would encompass any significant controversial cases. I believe that there are many of them. Adrian Meredith 15:01, 21 July 2007 (CDT)

Hi - I have suggested a subpage called /About for all articles, which details anything relevant about the creation of the article etc. - e.g. names of major contributors, variety of the language the article is written in, etc. I used the Elizabeth II of the United Kingdom article you started to test this as Elizabeth II of the United Kingdom/About - it mentions you. What do you think about including such information - useful, or 废话? John Stephenson 10:19, 25 July 2007 (CDT)

I copied my Category from yours. I know absolutely NOTHING about rock except that I HATE it, so I don't know whether it should be divided into different categories such as Hard, Metallic, etc. But it doesn't strike me as too long -- it's nowhere near as long as my tennis tables and lists are going to be. So I wouldn't worry about it. But you might ask someone who *likes* rock if it should be divided into different categories by type. Hayford Peirce 16:30, 29 July 2007 (CDT)

Can you fill out the rest of the checklist info here? Template:Jefferson_Airplane/Info Thanks Chris Day (talk) 12:59, 2 August 2007 (CDT) 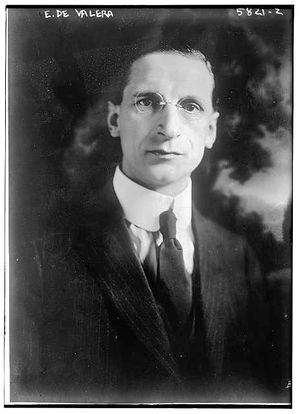 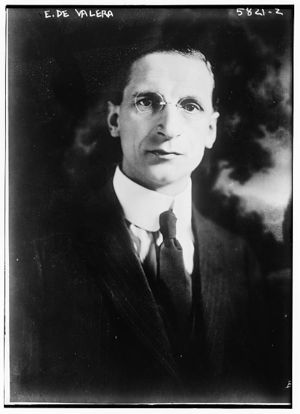 Yes, no? I increased the color depth, and adjusted the RGB values to remove some of the excess brightness on his face. You can actually see his suit and some of his hair now, as well as the right side of his face. --Robert W King 13:31, 16 August 2007 (CDT)

In case you wondered i deleted Template:Fiorello_H._LaGuardia/Info since it is not required anymore. I switched from the info to metadata name. If you see any other redirects like this they can be deleted too. Chris Day (talk) 21:16, 21 August 2007 (CDT)