But the big incentive for the declaration is for scientists who come across data which has been used in previous studies. Is the data acceptable for using? Are there limitations on what it can used for? Will using a specific set of data generate legal issues? Since many of these issues are unclear, scientists coming across data in the public sphere may face uncertainty about whether they are allowed to access it, use it, study it further, or base new studies on it. It is enough of an issue that a group of scientists have issued a statement known as the Panton Principles.

What the drafters of the Panton Principles want is that when scientists release data, they attach a statement or marker which describes the wishes of the originating scientist regarding the future use of the data. The idea is to come up with an easily understood tag applicable to all data they choose to release, so that others who come across the data will be able to understand what the data creator's intentions were when releasing the data. The hope is, of course, that all data might be freely used for any purpose, but the tag enables this to be more readily understood.

There are concerns that current license formats such as the Public Domain Dedication and License (PDDL) and the Creative Commons CC0 are complex from a legal standpoint. And the movement favoring the Panton Principles is, in some respects, a way to simplify matters. One scientist explained that the benefit of declaring data "open" is that it makes it possible for subsequent researchers to use it freely, without fear or anxiety or uncertainty:

The biggest danger is NOT making the assertion that the data is Open. There may be second-order problems from CC0 or PPDL but they are nothing compared to the uncertainty of NOT making this simple assertion. Do not try to be clever and use SA, NC or other restricted licenses. Simply state the data are Open.[1] 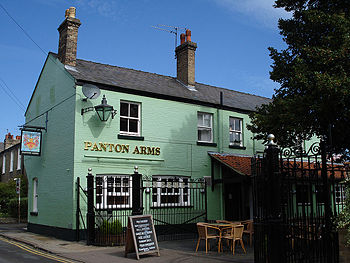 The Panton Arms pub in Cambridge, United Kingdom where the Panton Principles were drawn up.

Science is based on building on, reusing and openly criticising the published body of scientific knowledge. For science to effectively function, and for society to reap the full benefits from scientific endeavours, it is crucial that science data be made open. By open data in science we mean that it is freely available on the public internet permitting any user to download, copy, analyse, re-process, pass them to software or use them for any other purpose without financial, legal, or technical barriers other than those inseparable from gaining access to the internet itself. To this end data related to published science should be explicitly placed in the public domain.[2]

In March 2010, the Panton Principles is an Internet-based initiative calling for a scientist to make an "explicit and robust statement" regarding his or her wishes for the data by using a "recognized waiver or license that is appropriate for data."[3] The call for a set of principles stems in part from a sense that "many widely recognized licenses are not intended for ... data". Licenses such as "Creative Commons" have been described as unsuitable for handling issues such as scientific data.[4] 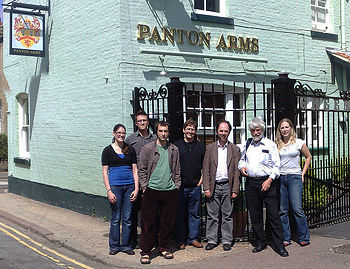 An Internet search of about twenty major newspapers and magazines, including the New York Times and BBC News using the search term "Panton Principles" did not find any results on March 23, 2010, although there are Internet sites dealing with scientific issues that have posted comments about the initiative.

Here are the four principles:

Why are the principles necessary? A post-doctoral student in Sweden explained in a blog about being perplexed when finding useful data but without any explicit information about what could be done with it. Contacting the creators of the data for permission is cumbersome and slow, and there is the possibility that the initial author of the data is "missing in action". An explicit statement is much preferred.[5] But the idea about using a "waiver or license appropriate for data" was, in the view of this blogger, "debatable", particularly when it came to the possibility of mixing data sets, and prefers the copyleft license approach. He didn't like the non-commercial restrictive clause since, in his view, it doesn't make things easier, and prefers public domain via the PDDL or CCZero licenses.[5]

The statement grew out of discussion between many scientists, although one source credits the launch of the Panton Principles to Jonathan Gray.[6] Cameron Neylon described how the principles came about:

The Principles came out of a discussion in the Panton Arms a pub near to the Chemistry Department of Cambridge University ... Where we found agreement was that for science, and for scientific data, and particularly science funded by public investment, that the public domain was the best approach and that we would all recommend it. ... placing data explicitly, irrevocably, and legally in the public domain satisfies both the Open Knowledge Definition and the Science Commons Principles for Open Data was something that we could all personally sign up to. The end result is something that I have no doubt is imperfect ... Above all, it is a start.[6] 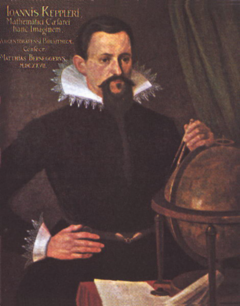 There's a well-known example from the history of astronomy in which one scientist took the data from another in a totally new direction. The Danish scientist Tycho Brahe (1546-1601) worked tirelessly to make accurate measurements of planetary parallax were accurate to the arcminute. By systematic and rigorous observation, night after night, Brahe amassed a comprehensive set of data detailing the positions of the planets and stars. But Brahe was unable to fit his data into a comprehensive theory. After Brahe's death, fellow scientist Johannes Kepler used Brahe's data to develop the Mathematicus Imperialis at the court of emperor Rudolph II in Prague, Czechoslovakia and, using Brahe's data, figured out the three laws of planetary motion, including the fact that planets moved in elliptical orbits not circular ones.

Scientists may have reasons — actual or perceived — to withhold or delay the release of data: For instance, they may need time to investigate data fully to remove artifacts or to prevent valuable information from being overlooked. The data may also contain the seed for a publication, patent or business model, or private information about patients. It is possible, as well, that a scientist may selectively pick and choose data which supports a given conclusion while ignoring outliers, perhaps to make a case for a specific hypothesis. In such an instance, revealing the entire data set may allow other researchers to use their own data to prove them wrong. Conversely, making data available as they arise lends additional credit to the researchers involved, and making it available in a reusable form (i.e. in some standard format and with proper annotations) may allow others to build upon their work even ahead of formal publication.

Sometimes data can be used for different purposes by different scientists. While data is often released on the Internet, it's sometimes unclear what guidelines apply as to how the data can be used or whether there are copyright restrictions. Accordingly, a group of scientists in Cambridge, U.K. in a pub called the Panton Arms wrote in September 2009 a set of guidelines called the Panton Principles. The idea behind this effort is that a scientist, releasing data into the public, can attach a tag to the data indicating that the data is free to use and is not subject to copyright restrictions. Hopefully this will enable future scientists to use data freely without anxiety about any possible legal repercussions.