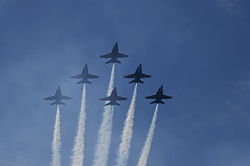 The Naval Academy is organized as follows:

The students of the Naval Academy are known as The Brigade of Midshipmen.

Upon arriving at the Naval Academy (usually at the end of June following High School Graduation), prospective students are put through Plebe Summer, a sort of Basic Training or transformation into a Midshipman. Plebe Summer usually lasts around 6-7 weeks and consists of physical, mental, and practical training. Plebes will go through weapons qualifications with the M-11 and M-16 service weapons, sailing qualifications on Naval Academy Sailboats, Obstacle Course, Endurance Course, Confidence Course, and swimming qualifications. Once this training period is over the Plebe Class is integrated into the Brigade of Midshipmen during Reform. Even after the initial training the Plebe Class is continuously trained throughout the academic year.

Third Class Midshipmen (Youngsters) consist of those Midshipmen who have succeeded in finishing Plebe Year. Youngster year is a welcome relief to most Midshipmen as Youngsters do not hold significant positions yet they are allowed a significant amount more freedom than Plebes. 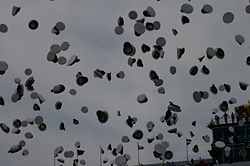 Graduation Week is arguably the most exciting and rewarding week in the life of a Midshipman. This week signifies the end of a four year journey that began with Induction Day (I-Day) or the First Day of Plebe Summer. Graduation Week is a week where parents, friends, and relatives flock to Annapolis to be with their Midshipman and their friends. The week is full of air shows, parties, award ceremonies, parades, and last, but not least, graduation. Graduation is the day that every Midshipman looks forward to throughout their four years at the Academy.