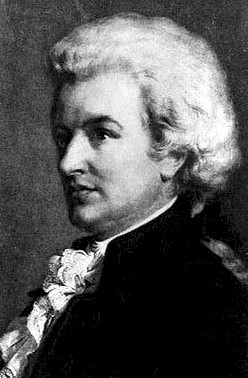 Wolfgang Amadeus Mozart (1756-1791; this is the name almost universally used nowadays, though it does not correspond to any known signature of his[1]) was an eminent composer born at Salzburg. His most important works are operas: Marriage of Figaro, Don Giovanni, and the Magic Flute.