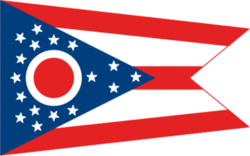 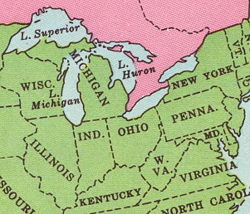 Ohio is located in the Midwest, bordered by Michigan and Lake Erie to the north, Indiana to the west, Kentucky and West Virginia to the south and east, and Pennsylvania to the east. The Ohio River, a tributary of the Mississippi River, is the largest river in the state and forms its southern border.