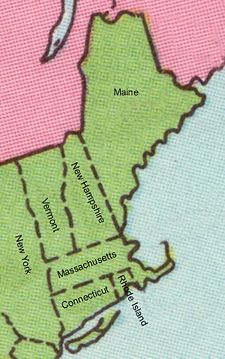 Vermont is one the states of the United States of America; it lies in the northeastern corner of the contiguous part of the US, as one of the six New England states. Vermont was admitted to the Union on March 4, 1791, as the 14th state. Its area is 9,614 square miles (24,900 square kilometers), and its estimated population is 621,270 (2008). This makes it the second-least populous state, after Wyoming. On the south Vermont borders Massachusetts, on the west New York and on the north the province of Quebec (Canada). The Connecticut River separates Vermont from New Hampshire on the east. Montpelier is the capital of Vermont. 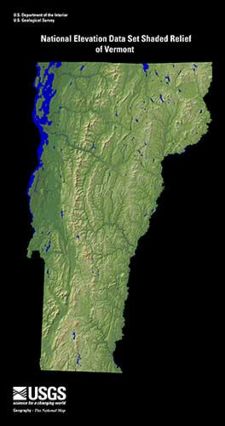