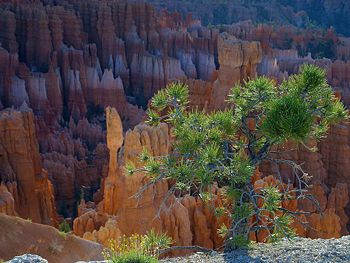 Utah is a state in the western portion of the United States. It was admitted into the Union in 1896. Salt Lake City is the capital and the largest city. 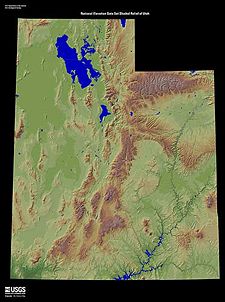 Utah was originally the settlement of Mormon migrants, led by Brigham Young, who fled from Illinois. Between 1857 to 1858, the U.S. federal government under President James Buchanan conducted expedition into Utah, in the conflict known today as the Utah War. Eventually the U.S. forces defeated Utahan troops and subjugated the territory.

Prominent institutions of higher education in Utah include Brigham Young University, affiliated with the Church of Jesus Christ of Latter-day Saints (Mormon Church), and the University of Utah.