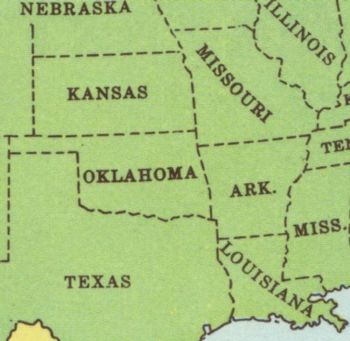 Missouri is one of the states comprising the United States of America. It joined the Union as 24th member on August 10, 1821. The state's area is 69,697 square miles (180,516 square kilometers) and its estimated population is 5,911,605 (in 2008). To its north lies Iowa and across the Mississippi River to the east Illinois, Kentucky, and Tennessee. To the south Missouri is bordered by Arkansas and to the west by Oklahoma, Kansas, and Nebraska.