The U.S. Army Tactical Mobility Requirements Board, or "Howze Board" under then-LTG Hamilton H. Howze, was chartered by U.S. Secretary of Defense Robert S. McNamara, who directed the Army "examine aviation in a new light and be more audacious in using it."explore new concepts in ground mobility. [1] In current Training and Doctrine Command concepts, this was to be an evaluation of the air assault concept using the DTLOMS paradigm: doctrine, training, leadership, organization, material, and soldier systems. Air assault met those requirements and established itself as a revolutionary, not evolutionary, change in ground combat.

McNamara's initiative was not popular with many senior United States Air Force officers, whose concept of ground mobility involved paratroopers flown in Air Force transports. The Airmobile concept, in some Air Force thinking, was breaking out of the Army role defined in the 1948 Key West Agreement. Meanwhile, the Army, to some extent, finessed the Air Force by initial cooperation with the United States Marine Corps, which was not bound by the Army restrictions from Key West.

Exceptions to the Key West Agreement

The early Army-Marine cooperation conceived the OV-1 Mohawk, which really did not meet the Marine-specific requirement, which left the program under Army jurisdiction. "Because the Mohawk was an exception to the Secretary of Defense's memorandum on weight limitations for Army aircraft and because it had inherent capabilities for armament, the Air Force had opposed its development from the beginning. There is no doubt that certain Army extremists viewed the Mohawk as the "nose of the camel within the tent of tactical air support." 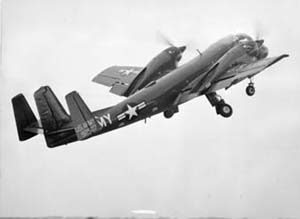 The Caribou, a 32-passenger short-takeoff aircraft, with the cargo capacity of a C-47, also had a waiver from the Key West Agreement, and did well in Vietnam although in 1966, however, it was transferred to the Air Force.

I don't disagree with the Army concept. Obviously there is always going to be the clash of budgetary impingements. Your idea of supplying yourselves and this "Sky Cav," I can't quarrel with. But what worries me and must worry you for other reasons is what does the future hold? Two of these airplanes are probably as big as our bombers were eighteen or twenty years ago. What does the future hold? How do we get along, because the air does clash at a certain point? How do we work this out?

The Howze Board findings of August 1962 recommended the formation and testing of an air assault division, an air cavalry combat brigade and an air transport brigade; only the first two were implemented. Tolson observed,

Throughout the fall of 1962 it appeared, at times, that the work of the Howze Board was going to be studied to death and finally filed away for historians.

This unit would have four times the aircraft and one-third the number of vehicles in a standard infantry devision. Due to the reduction in vehicles and the deletion of medium and heavy artillery, the higher-technology airborne division cost less. It was organized into three brigades, and had enough transport helicopters to lift one brigade equivalent at a time.

For fire support, it would have only light howitzers that could be carried by the CH-47 Chinook, MGR-3 Little John 320mm heavy rockets capable of delivering a nuclear warhead, plus armed Mohawks and UH-1 "Hueys" for direct support.

"The Board also recommended the organization of an air cavalry combat brigade having 316 aircraft, 144 of which would be attack helicopters. Its function was the classical one for cavalry-to screen, reconnoiter, and wage delaying actions. Unlike the air assault division which was designed to join battle on the ground, all of the air cavalry combat brigade was to be airborne including its anti-tank capacity. "

To test division-level operations, the 11th Air Assault Division (Test) was activated for field exercises. The culmination of the tests was an exercise called AIR ASSAULT II, pitting the airmobile division against the 82nd Airborne Division, the latter a paratroop division moved by Air Force transports and having close air support from Air Force combat aircraft. [2]

AIR ASSAULT II's test director -- referee in civilian terms -- was MG Charles W.G. Rich Rich. It literally began in a hurricane, with the ruling that wars rarely were called for rain. Afterwards, the commanders and directors commented:

Air assault operations as pioneered on Exercise AIR ASSAULT II have a dynamic potential. Seldom do we see a new military concept which can contribute so decisively throughout the entire spectrum of warfare. Certain air assault techniques used during Exercise AIR ASSAULT II would be unacceptably hazardous in actual combat. However, these deficiencies can be corrected and do not detract from the validity of the overall concept. — MG Robert H. York, commanding 82nd Airborne Division in AIR ASSAULT II

Beyond what I believe to be its capabilities to perform roles normal to other divisions, I am even more impressed by what I feel is its ability to perform in unique ways beyond the abilities of other divisions. For example, in a low scale war, I believe it can exert control over a much wider area and with much more speed and flexibility and with much less concern for the problems of interdicted ground communications or of difficult terrain. In higher scales of war, I see in this division an unparalleled reserve or screening force capable of operating over very large frontages. By properly picking times, places, and methods, I believe it can also operate with devastating effect against the rear of the enemy. Faced with threat or use of nuclear weapons, I believe it can widely disperse and yet, when required, quickly mass (even over irradiated ground, blown down forests or rubbled cities), strike an enemy, then disperse again. — MG Harry O. Kinnard, commanding 11th Air Assault Division (Test) in AIR ASSAULT II

MG Rich, while observing there was much to be learned, recommended the development of an Army air assault division. His informal summary is informative: "I wish to distinguish between three fundamental levels of airmobility: