Radiographic equipment forms images, for a variety of applications, using ionizing radiation both in the electromagnetic spectrum and particles such as neutrons.

It might be possible to use 137Cesium as a photon source for radiography but this isotope has the disadvantage that it is always diluted with inactive cesium isotopes. This means that it is difficult to get a physically small source, a large radioactive volume of the source will make it impossible to get the finest detail from a radiographic examination. 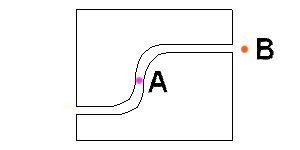 It is possible using a particle accelerator to generate a short pulse of high energy electrons, these electrons are used to create X-rays by braking radiation.[3]. The X-rays are detected using a semiconductor detector which is an array of silicon diodes. Such equipment has been used for the X-ray version of high speed flash photography. For example using diesel (motor fuel) which has been doped with cerium the operation of fuel injectors has been investigated.[4][5].

Some examples of radiography done using a 5 MeV electron LINAC driving a bremmstrahlung source (1 mm Tungsten on a 9 mm copper sheet) can be seen here.[6]

As an alternative high energy pulsed proton beams can be used for the high speed examination of objects.[4]

In some cases, industrial radiography is done with neutrons. This type of radiography is called Neutron Radiography (NR, Nray, N-Ray) or Neutron Imaging. Neutron Radiography can see very different things than X-rays, because neutrons can pass with ease through lead and steel but are stopped by plastics, water and oils. Neutron sources include radioactive (241Am/Be and Cf) sources, electrically driven D-T reactions in vacuum tubes and conventional critical nuclear reactors. It might be possible to use a neutron amplifier to increase the neutron flux.[7]