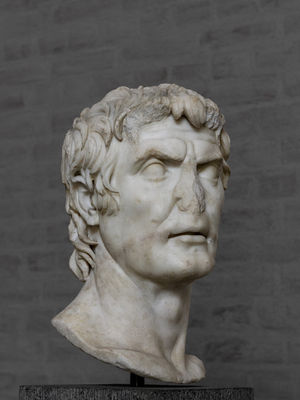 Lucius Cornelius Sulla was born in 138 B.C. into a senatorial Roman family. He rose to become a Consul and a general.[1]

Sulla rose through the magistracies, appointed Quaestor in 108, Praetor in 97, and Consul in 88 B.C. As Consul he was put in charge of the province of Asia. The province was attacked by Mithridates IV, the King of Pontus, in 88 B.C.[2]