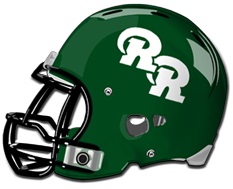 The Rio Rancho Rams compete in the New Mexico Activities Association (NMAA), as a class 6A school in District 1. They played their inaugural football season in 1997. Rio Rancho plays their home games at Rams Stadium adjacent to the high school campus. The press box on the west side of the stadium is named after Gary Hveem, who served as Rio Rancho's athletic director from its inception in 1997 to 2006.