Conceptually, the Global Information Grid (GIG) is the set of resources, personnel, procedures and technologies that provide end-to-end information sharing among all elements of the U.S. Department of Defense, other U.S. government agencies, and allies. In practice, the GIG focuses more on interconnecting fixed installations, and semi-mobile facilities such as the command centers of larger tactical units.[1]

The system must be trusted, in terms of availability and security. [2]

Remembering that GIG includes communications as well as computing, it has seven system components. [3]. Without the first, the "warrior component", the others have no meaning; they are there to support the warriors. 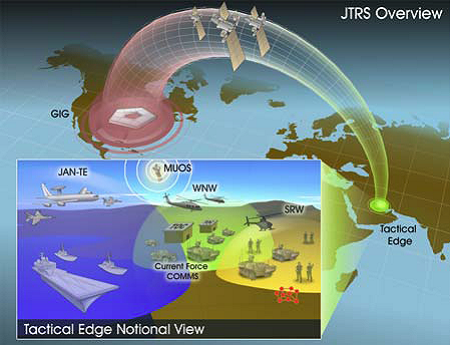 Abbreviated NETOPS, this component operates the technical components of computers and communications neworks. NETOPS also defends the GIG against miscreants attacking the computing systems and data, and against electronic warfare against the communications network.

This component is concerned with making sure that the right people have access to the information they need, in a timely manner and useful format. It also gives them tools to work with the information, variety of common information sharing services such as messaging, search engines, collaboration software (e.g., Intellipedia and other non-public wikis) and directory services; these tools are managed and assured through the NETOPS component.[4]