A chemical compound is a substance consisting of two or more different chemically bonded chemical elements, each unit of the compound having a fixed number or ratio of atoms of each element determining the compound's composition. The ratio of each element is usually expressed by a chemical formula in which the number of atoms (when there are two or more atoms of the same element) of each element are listed. For brevity in a chemical formula, the elements are denoted by their one- or two-letter symbols. For example, water (H2O) is a compound whose molecules consist of two hydrogen (H) atoms bonded to one oxygen (O) atom. Note a 1 after the O is understood and for simplicity not explicitly written. In another example, calcium chloride (CaCl2), there are two chlorine (Cl) atoms for every calcium (Ca) atom, although these atoms are in the form of ions.

The atoms within each unit of the compound can be held together — bonded — by one or more of various interactions, ranging from electron-sharing covalent bonds to electrostatic forces in ionic bonds. A continuum of bond polarities exist between the purely covalent bond as in H2 and in benzene C6H6. For example H2O is held together by polar covalent bonds. Sodium chloride and calcium chloride are examples of ionic compounds.

Salts are an important family of compounds, but few are molecular. Molecules of NaCl do not exist.

And of course, intermediate classes of compounds exist, which feature polar covalent bonds. Hydrogen fluoride is one example.

Many compounds have both a covalent and an ionic subunits. The molecule trifluoroacetic acid, CF3CO2H is composed of a covalent CF3CO2 ensemble. The H atom is attached to one oxygen through a polar covalent bond.

Chemists describe compounds using formula in various formats. For molecules, the formula for the molecular unit is shown. For polymeric materials, such as minerals and many metal oxides, the empirical formula is given, e.g. NaCl. The order of the elements in molecular and empirical formulas is C, then H and then alphabetical. Trifluoroacetic acid is thus described as C2HF3O2. More descriptive formulas convey structure information, illustrated again with trifluoroacetic acid. CF3CO2H. On the other hand, formulas for inorganic compounds often do not convey structural information, as illustrated by sulfuric acid, H2SO4 for a molecule that has no H-S bonds. A more descriptive presentation would be O2S(OH)2. 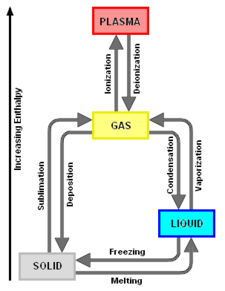 Every chemical compound that has been described in the literature carries a unique numerical identifier, its CAS number.