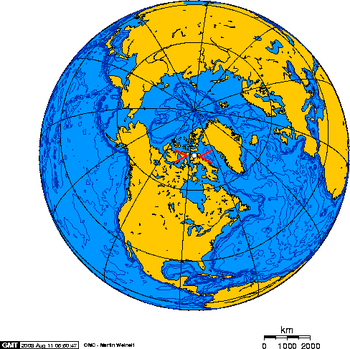 Arctic Bay is a community on the Northern end of Baffin Island, in Nunavut, Canada.[1] Approximately 700 people live in Arctic Bay.

The CBC News reports that Defence officials have stated that inhabitants of Arctic Bay will play a role in the construction of a new Naval Base around the old port facilities at Nanisivik.[4]