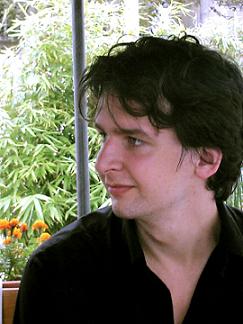 I am a Physics and Philosophy student at the University of Sheffield. I will be graduating with a BSc in 2007, and continuing onto an M.Litt course in Philosophy at the University of St Andrews. I have given (fairly mediocre) papers on philosophical issues in artificial intelligence and on convention of language at conferences, as well as published on the topic of qualia and epiphenominalism. I am the current chair of the British Undergraduate Philosophy Society, and will be for the remainder of the 2006-2007 session. My current research interests lie in the philosophy of mathematics and language and logic, as well as some areas of philosophy of mind (in particular issues of the relation between language and cognition). I'm constantly on the move between my academic residence in the UK, and my family residence near Paris. I frequently visit my relatives on the east coast of the US, as well as teach English in Tokyo during the summer.