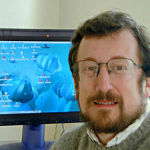 I've been involved with electronics since I built my first crystal radio and have been seriously involved with computers since about 1970 or so when I started programming on a system running HP 2000C Time-Shared BASIC.

I spent 24 years working for Digital Equipment Corporation (DEC) and had something to do with PDP-8s, PDP-10s, PDP-11s, VAXes, and Alpha systems. Along the way, I worked for Digital's PDP-11 Engineering Group, VAX Development group, and the Technical OEM group, later called Embedded and Realtime Systems. I spent my last few years at Digital working for the VMS Engineering Group in Nashua, New Hampshire.

Since 2000, I've been employed by Teradyne (first in Boston, Massachusetts and now North Reading), one of the largest manufacturers of semiconductor automatic test equipment. At Teradyne, I spent my first five years working with their largest testers where my primary task was to integrate the industry-standard SECS/GEM communications software into these testers and support customer's SECS/GEM factory automation applications. I now work with Teradyne's newer FLEX family of testers where I am responsible for the distributed hard-realtime embedded system that controls the power and cooling of the testers.

I speak a wide range of computer languages plus a little English when necessary. I'm (slowly) trying to learn French and understand miniscule smatterings of a few other languages.