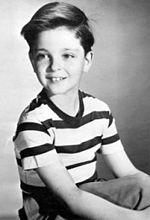 After his time with Lassie he temporarily retired from acting in order to lead a normal teenager's life and eventually married in 1959. Especially due to his shortness in height (5'4") his adult acting career never panned out. In the mid-1960s he finally quit acting and started working in common jobs to support his young family.

Although, by own statements, being happily married, his adult life was filled with several arrests and convictions for growing marijuana and importing cocaine, bankruptcy and an eventual divorce in 1977. He was also a long time advocate for the legalization of marijuana.

In the mid-1980s until his early death in 1996 Rettig became a computer software developer working on business application frameworks. He was regarded as one of the experts in the area of desktop PC database applications such as dBase in the community of FoxPro database developers.