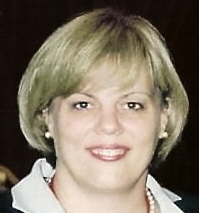 Susan Criss[1] is a district judge in Galveston County, Texas who ran for the Texas Supreme Court in 2008 as a Democrat, losing a close democratic primary contest, 49% to 51%, to Justice Linda Yanez. She is known nationally as an advocate for the protection of children and the mentally disabled. She has won numerous awards for her advocacy work and is the daughter of Lloyd Criss, chairmen of the Galveston County Democratic Party[2].

Judge Criss received a B.A. in Government from the University of Texas at Austin in 1982 and a law degree (J.D., 1986) from the South Texas College of Law in Houston, Texas. Before attending UT-Austin, Judge Criss had attended Sam Houston State University (1979-1980) in Huntsville, Texas and had graduated from La Marque High School (1979) in La Marque, Texas.

Criss is a former prosecutor and crimal defense attorney. She served as the assistant DA of Galveston County from 1986-1997. She has been a law clerk in the Texas Attorney General’s Environmental Protection Division, chief of the Misdemeanor Division of the Galveston County DA’s office, and she has served as Special Prosecutor for Child and Elder Abuse in that office. Criss also ran her own private law practice. She was elected to her current post as a District Judge for the 212th District Court in Galveston County in 1998 were she handles both felony criminal and civil cases. She has spearheaded tougher sanctions against sex offenders and fought for stronger child protections. She directed the Gulf Coast Task Force on Jail Diversion for the Mentally Ill, a groundbreaking group that seeks to protect non-violent mentally ill offenders while saving taxpayers money and freeing up jail space for violent criminals. The Gulf Coast National Alliance for the Mentally Ill named her their top honoree of 2003 for her efforts.

Judge Criss has received numerous awards for her leadership advocating for minorities and women in law. These include the 2005 People Making A Difference Award from the Fred C. Johnson Foundation, the 2004 Outstanding Woman Officeholder in Texas Award from the Texas Democratic Women Association, and the 1994 Outstanding Young Lawyer of Galveston County Award. Judge Criss was the executive producer of the documentary “The Color of Justice”,[3], produced by Texas members of the National Association of Women Judges, for which she received a prestigious Telly Award in 2005. Being an advocate of technology, she created the first web site for Galveston County to provide information to jurors, the media, law enforcement officers, witnesses and the general public about court matters, and developed the “Court Class for Children” section to aid child witnesses. She is sometimes called the “blogging judge” due to her blog "As the Island Floats"[4].