At present, there are 34 provinces of Afghanistan. Some provinces have, from time to time, been split or merged, typically to create a better ethnic balance. Kabul, in Kabul Province, is the national capital.

There are several informal and formal regional groupings of provinces. Geographically, the country tends to split into north, south, east and west quadrants, often with a central mountainous area. The International Security Assistance Force (ISAF) also has four quadrant Regional Commands and a Capital Regional Command.

Security forces are from the Afghan National Army (ANA) and the International Security Assistance Force (ISAF). The ANA has five regional corps plus national reserves. 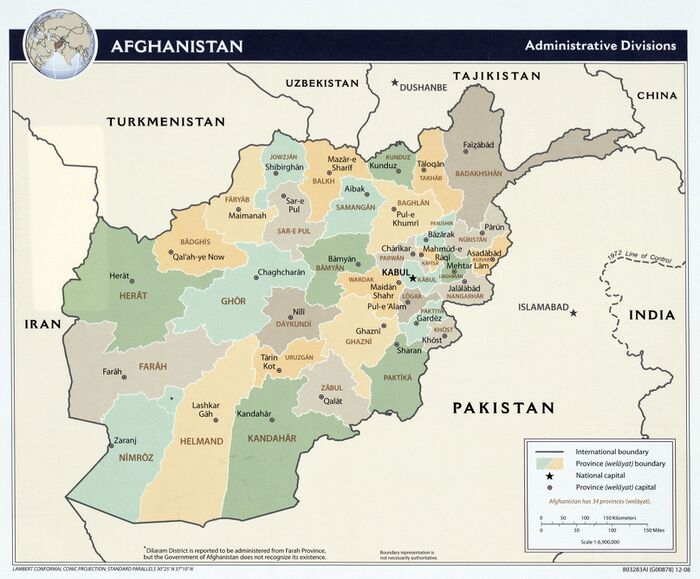