From Citizendium
(Redirected from Cal/EPA)
Jump to: navigation, search 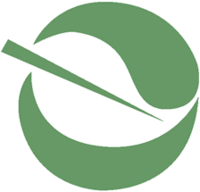 The California Environmental Protection Agency (Cal/EPA) is a state cabinet-level agency within the government of California. Its mission is to restore, protect and enhance the environment, to ensure public health, environmental quality and economic vitality.

Cal/EPA should not be confused with the similarly-named federal Environmental Protection Agency.

Executive management of the agency

The Secretary for Environmental Protection is an officer of the state governor’s cabinet responsible for coordinating and supervising the overall performance of the agency. The Secretary does not direct the policies and decisions of the departments and other entities within the agency on a day-to-day basis, but rather provides the vision and leadership that focuses the work of the agency on the goals of the state government.

In addition to those functions, the Office of the Secretary has several specific programmatic responsibilities:[1]

The Secretary is assisted by an Undersecretary and an Advisor as well as an 18-person executive management team.[2]

Departments within the agency

There are six major departments within the agency, each of which has its own governance and organizational management. As noted above, the Secretary for Environmental Protection does not direct the policies and decisions of the departments on a day-to-day basis.

The six departments are:[3]

As early as the 1950s, the state of California established the first air quality program in the United States, enacted the first comprehensive clean air act, and in 1988 enacted an amended California Clean Air Act that served as the basis for much of what the United States Congress later enacted as the federal Clean Air Act Amendments of 1990. California also pioneered advances in vehicle emission controls and control of stationary sources of air pollution before federal efforts in these areas. The Porter-Cologne Act - the basis of the state’s water quality program - served as the model for the federal Clean Water Act.[4]

In 1975, the then governor of California (Jerry Brown) submitted a proposal to the state's legislature for the creation of a state Environmental Quality Agency. After much debate, his proposal was not approved. However, Governor Jerry Brown did succeed in creating a cabinet-level post of Secretary of Environmental Affairs through Executive Order B2-75.[4]

Fifteen years later, during the campaign for election of a governor in 1990, both candidates favored the creation of a state environmental protection agency. Environmental issues were an important element during that campaign and the ballot included a Big Green initiative – a collection of various measures, including establishment of a cabinet level agency, supported by a number of environmental groups. [4]

The election of 1990 was won by Pete Wilson and, shortly after he took office as the governor in 1991, he issued Executive Order W-5-91 confirming the need for a cabinet level secretary of environmental quality. In April of 1991, he also submitted Governor’s Reorganization Plan Number 1 of 1991 (GRP 1), which proposed the creation of a California Environmental Protection Agency, to the state's legislature. After two months of debate, his proposal was accepted on July 17, 1991 and the California Environmental Protection Agency was established.[4]

Cal/EPA and its departmental California Air Resources Board, were among the key supporters of the Global Warming Solutions Act of 2006,[5] making California the first state in the United States to cap all greenhouse gas emissions from major industries.

In June 2008, Cal/EPA announced that new global warming performance labels would be placed on all new cars effective on January 1, 2009. The stickers will provide two scores: a smog score and a global warming score with a grade from 1 to 10 assigned. The higher the grade, the more environmentally friendly the vehicle is.[6]