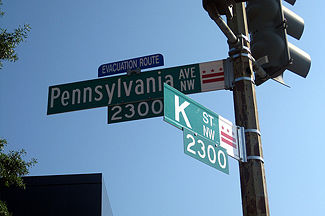 This Eduzendium project is the first of four components of a multi-genre research and writing project (described in full here (pdf)). In addition to writing encyclopedia articles about individual interest groups, POL 214 students will write opinion essays that use their peers' encyclopedia articles as a research springboard, letters to the editor that respond to their peers' opinion essays, and compositions that reflect on their research and writing process. Grant funding to develop this project was provided by the Center for Teaching, Learning, and Technology at Illinois State University.

What We're Working On

The following is a list of articles that the members of POL 214 will be working on during the Fall 2009 semester. These articles will be closed to editing by other citizens until after the conclusion of the course, though we'd appreciate hearing any comments or suggestions you might have on their respective talk subpages.