From Citizendium
(Redirected from CHMI)
Jump to: navigation, search 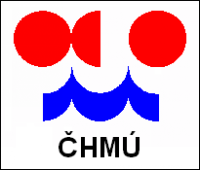 The CHMI has five major divisions:[3]

The CHMI has regional offices located in these seven cities:[3]

History of the CHMI

Shortly after the establishment of an independent Czechoslovakia (in 1918) at the end of World War I, a National Meteorological Institute was established in 1919 to serve both economic and scientific purposes. At the end of the 1950s and beginning of the 1960s, the Institute became involved in the problems of the environment.

The activities of the Air Quality Control division

The work of the Modelling and Expertise section is focused upon: the development of air pollution dispersion models, the application of such models in the preparation of expert reports and opinions, forecasts of air quality control, and the processing of operating information on pollutant concentrations obtained by the Airborne Monitoring section.

The SYMOS97 air pollution dispersion model was developed at the CHMI. It models the dispersion of continuous, neutral or buoyant plumes from single or multiple point, area or line sources. It can handle complex terrain and it can also be used to simulate the dispersion of cooling tower plumes.[7]