Difference between revisions of "Soldier" 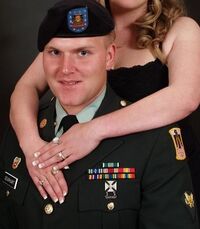 The term Soldier derives from the Latin term soldus for the denomination of coin a Roman soldier was paid.[1]