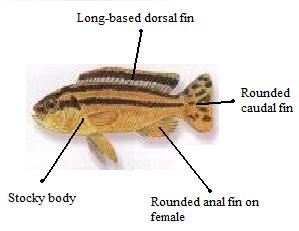 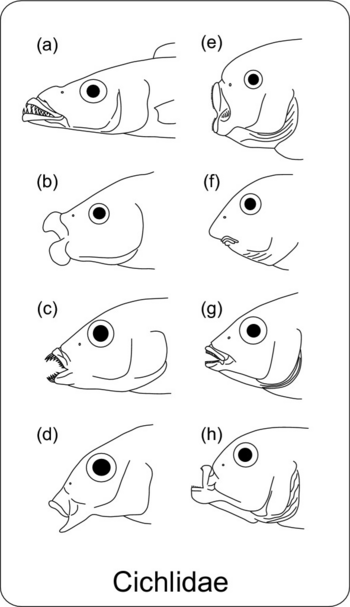 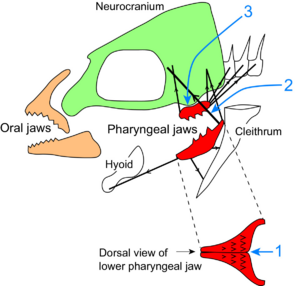 (CC) Image: Mabuchi et al., 2007
Diagrammatic representation of the principal components of the specifically modified pharyngeal jaw apparatus of cichlids. Red elements are the upper and lower pharyngeal jaws. The muscles organizing the pharyngeal jaw apparatus are represented as black thick lines, and the principal directions of force have been indicated by arrows. Numbers indicate three major features of the specialized "labroid" pharyngeal jaw apparatus: 1) the left and right lower jaw elements are fused into a single structure, 2) the lower jaw is suspended in a muscular sling that runs from the neurocranium to the posterior muscular arms of the lower jaw, and 3) the upper jaw elements have a diarthrotic articulation with the underside of the neurocranium.

The 1,000 or more members of the cichlid family are native to Central and South America, Africa, Asia, and parts of the USA. Most will acclimatize well to domestic tap water, although some species, such as the discus fish, need carefully controlled water.